I’m really excited about this one, guys. Shannon, thank you so much for indulging my curiosity 🙂

Okay, first! If you could have any supernatural power (either traditional or from the verse of your stories), what would it be and why?
Always that that weather controlling would be cool. Zap someone with a bit of lightning when they irritate you . . . maybe rain on a parade or two 😉

The first three Rylee books… with their gorgeous new covers!

Rylee is a strong woman (one of many in the books), also very stubborn but caring, vulnerable, and loving. Where did you get the idea for her character?
Rylee is an amalgamation of several people, but a large part of her is my alter ego. If I was a bad ass, that’s who I’d want to be. Tough, but still soft when she needs to be.

Are any of your characters based on real people?
Bits and pieces of them for sure. Traits, quirks and temperament I draw from the people around me and people I meet, and then blend them up into one person.

Rylee is adopted. The mystery of her biological ‘family’ could be a wealth of information. Is this something that’s an issue for her that we’ll see come up again as she’s now (as of the end of book 3) in a lonely sort of position.
There is a good chance that I will be exploring this at a further point in the series . . . or at least get some backstory on what happened to her family . . .

Have you always planned for there to be multiple books in this series? Were things such as Milly’s personality/allegiance and O’Shea’s predicament things you always knew would happen?
When I wrote the first book, I knew it would be a series, I just wasn’t sure how long it would be. As to the twists, some of them I know, some show up out of the blue.

Romantically, are Rylee and O’Shea good for each other?
Yes and no. They are both strong characters, so be prepared for in the following books to see some fights between them.

And onto romance, you have a New Adult romance, High Risk Love. 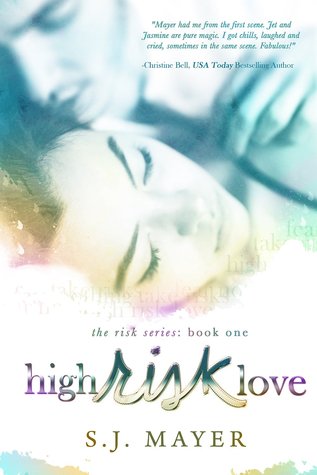 What made you decide to switch genres from your past books and delve into a full-on romance?
I don’t ever want to stagnate in my writing, and one of the ways to keep growing as a writer is to keep challenging yourself. I’ve read romance my whole life, so it isn’t new to me, and it was exciting to push myself in a new direction.

What can you tell us about HRL?
HRL is not a classic bad boy, good girl story. I was getting tired of reading about all the lead men, about how they were fighters, brawlers, couldn’t control themselves . . . so I chose to write a male lead that was not like that. And my female lead, she doesn’t need saving. I didn’t want a lead that needed her man to swoop in and save her, to play the white knight. Which is, I realize, something of a risk. But I wanted to tell a different kind of love story, one that was a bit more adult, for the New Adult genre.

What did you enjoy the most about writing this? Was it a different experience than when you’re working on a Rylee book, or the other series you’ve written?
I loved the characters, Jet and Jasmin really were great to write and work with on this story. I loved that it challenged me to work more in depth with the characters and their relationships and already I’m seeing that reflected in my next Rylee book. What I’ve learned writing the romance, I can apply to my other books which is what I had wanted all along.

Do you think the New Adult genre (which has gotten some debate) is a good addition to the writing world?
Anytime readers are encouraged to read more, because of a genre, I think it is a good deal across the board. Sub-genres help readers find what they want, and help writers define what they are writing. All good as far as I’m concerned.

A fair amount of NA books have some steamy scenes. Do you think some authors feel compelled to include this in their books? (Not that I’m complaining!)
Absolutely. Romance is meant to be steamy, on some level, so there is going to be pressure there for authors to have ‘hot and sexy’ in their books. Should they always? I’m not sure, I think sometimes the scenes are like kids on a playground. “Oh, you think that’s good? Look what I can do!”

What sort of writing process quirks do you have?
I’m completely free of quirks. Except for that whole dance through the house naked routine I do every morning  before putting my hands  on the keyboard. . . 😉

So who should pay on the first date? Whoever asked for the date. If I asked a man on a date, I’d expect to pay.
Have you done karaoke? What song? I have done karaoke, and I would sing Miranda Lambert’s Mama’s Broken Heart. Just ’cause.
Favorite female literary characters: Phedrè from Kushiel’s Dart, Rachel Morgan from The Hollows Series.
Half full or empty? Full to the top.
Guilty pleasure? The spa, or if I can’t get to the spa a long hot bubble bath with a book.
How many books do you read at once? Usually one non-fiction, and one fiction. More than that gets confusing.
Favorite Halloween costume? I was Medusa once, that was very cool with snakes in my hair . . .
Halloween or All Hallows Eve? Grew up on Halloween, but as an adult I prefer All Hallows Eve. Sounds creepier . . .
Favorite coffee drink? Chai Latte all the way :0)
Favorite place to be? Curled up on our oversized chair with hubby and the dog.
Best way to ring in the New Year? With a big smoking hot kiss from a man you love.
Been in a fist fight? Only one.
Overrated series (film/books/TV)? Hmm. This one has me stumped. All of the reality Housewives shows, Honey Booboo, stuff like that I can’t understand the draw to it. I really can’t.